The McClellan Cavalry Saddle, designed by George B. McClellan in the mid- 1850’s, was used by the U. S. Army from 1859 until the 1940’s when the last horse cavalry and horse artillery was disbanded. It is still used ceremonially today, which proves that a well-designed product that fills a need will endure and stand the test of time. 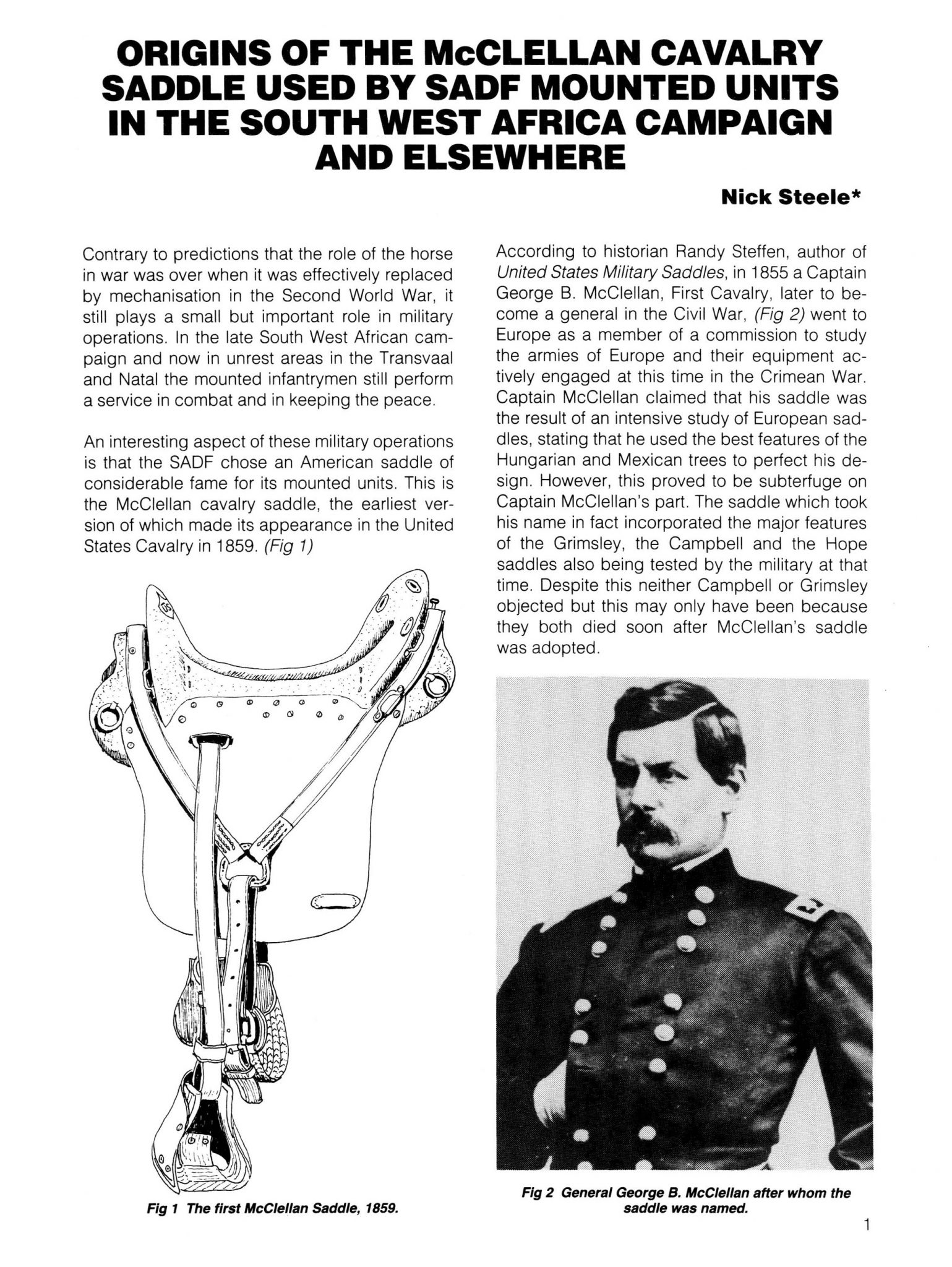 I have been fascinated with McClellan saddles since I was a boy.

Over the years the design of key pieces of hardware from the saddle has influenced my hardware design for Col. Littleton bags.

The brass pommel shield is my favorite piece from the saddle. The purpose of the pommel shield was to identify the seat size of the saddle and, many times, the arsenal that supplied them. Pommel shields also had a slot through which a leather strap could be threaded to anchor a bedroll or other necessities.

To me it is a symbol of Americana, and I’m proud to display that symbol on some of my products. The legacy of the McClellan Saddle lives on.